It was the attempt that almost never happened. Gusting winds and showers left conditions less than perfect. But as the sun was sinking in the Oxford sky, Roger Bannister informed his pace-setters they’d go for the record. And two years after the disappointment of Olympic fourth, he achieved what others had deemed impossible. Bannister became the first human to run a mile in under four minutes.

Today, on the 63rd anniversary of the ‘dream mile’, three athletes will attempt to break the next magical figure in distance running, as they battle to complete a marathon in under two hours.

Speaking on this barrier in 2014, Bannister told the NY Times that with the right temperature, wind conditions and on a course that wasn’t too hilly it would be possible. “It’ll be done”, he predicted.

Conscious of controlling those variables, the Breaking2 campaign from Nike has been years in the making.

Today sport tech companies like Catapult Sports can use sensors (wearable tech) to monitor the body’s response to environments. The results can be automated using machine learning to predict when/what an athlete should drink to improve performance. Predictive analytics also selected 5.45am on the Monza asphalt racing track in Italy, to give the athletes’ bodies the best chance to regulate their own temperature.

The conditions too played a role in Felix Baumgartner’s Space Jump, a similar project in pushing human capabilities, which was funded by Red Bull in 2012. The energy drink this month making headlines for the success of its RB Leipzig football team.

Now despite claims to the contrary, just as with Red Bull Stratos, this initiative from the apparel brand is just part of its marketing. The ‘Moonshot’ project, namesake seemingly to Google’s ‘moonshot factory’, is another way to sell shoes. As the effectiveness of traditional channels is questioned and adblocking levels rise, marketers are increasingly turning to owned and earned media.

Nike has created an event which inspires human evolution, at least in distance running, while showcasing its Zoom Vaporfly Elite shoe. And all the while garnering the attention of the media but also its punters. The ‘live-streaming’ mechanism drives traffic to its site and the potentially historic content itself demands that its shared. It will achieve metrics many digital campaigns would run an ultra-marathon for.

This week self-proclaimed futurist, Anders Sörman-Nilsson, spoke at Orcale’s modern business event, remarking that with Nike+ the sportswear brand had transitioned from the experience economy to the transformation economy. An app with advice, planning tools and even a soundtrack to your marathon run. Yes and e-commerce functionality too.

When you take the jargon out, he’s probably right. Nike is aiming to associate itself with the positive changes you make to your body and life, by offering the tools to get there – aided slightly by psychological grooming, using the Proteus effect (a shift in your behaviour after seeing a future digital representation of yourself). 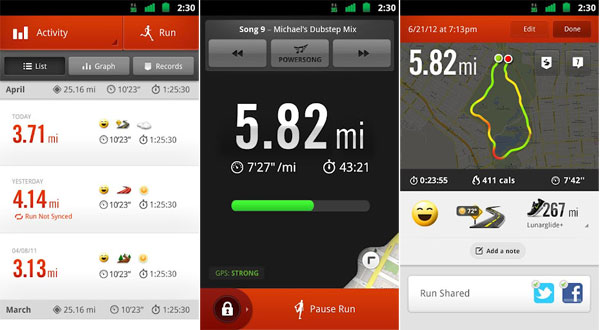 Nike is changing the way it reaches its audience. But whether the record goes today or not, the media attention and free promotion of Nike’s latest product has been worth the investment in the athletes making this historic attempt.

And if it comes off, will we remember the name like Roger Bannister in 60+ years time? Or will Nike be the one that comes to mind instead of Eliud Kipchoge, Lelisa Desisa or Zersenay Tadese?